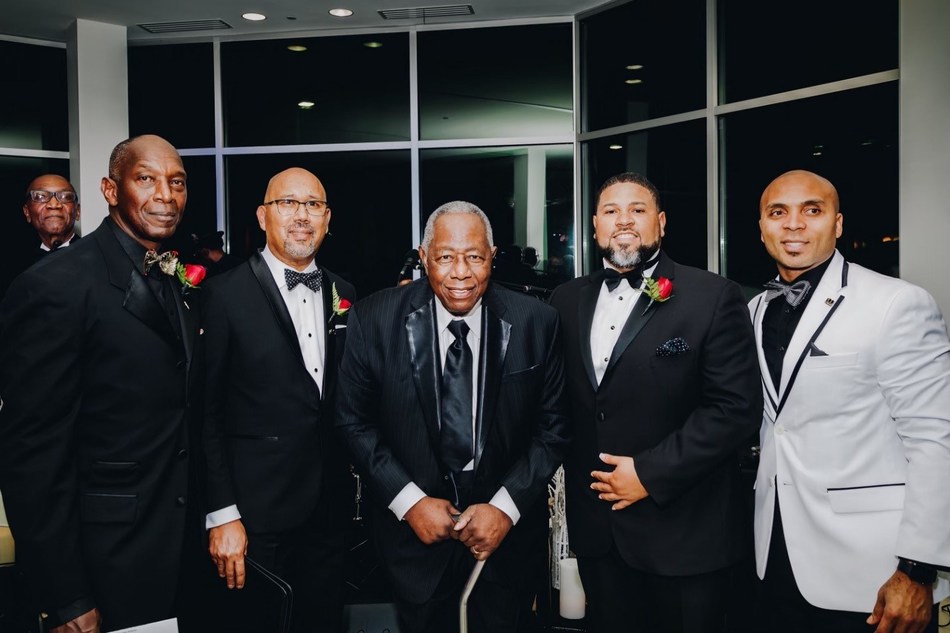 "A legend has fallen. Mr. Aaron was the true embodiment of the strength, perseverance, and resilience of African Americans across this nation," said Kevin Gooch, chairman of the 100 Black Men of Atlanta. "He became a national hero by ascending to the top of the mountain of America's pastime with 755 home runs."

Aaron was a beloved legacy member of the 100 Black Men of Atlanta since 1995. His contribution to the organization helped mentored thousands of young people throughout the Atlanta metro area.

Chairman Gooch continued, "his lasting impact made along with his loving wife, Billye, through his unrelenting service and dedication to his community by supporting college scholarships for vulnerable young people creating economic opportunities through his many business ventures and many, many other community endeavors."

More on Georgia Chron
Henry "Hammerin' Hank" Aaron was born in Mobile, Alabama, on February 5, 1934. Aaron was one of eight children to his parents Herbert and Estella Aaron.

In 1951, Aaron began his historic baseball career as a shortstop for the Indianapolis Clowns in the segregated negro leagues. A few seasons later, Aaron was signed as a left fielder for the Milwaukee Braves which later moved to his long-time home of Atlanta in 1966.

Aaron was best known for passing Babe Ruth's all-time homerun record on April 8, 1974 and set a new one at 755; a record that lasted decades after his retiring.

"He will be sorely missed by all. May the Lord rest his soul. Job well done," stated chairman Gooch.

100 Black Men of Atlanta, Inc. is a non-profit organization providing college preparatory services and mentorship to at-risk, Atlanta youth through its flagship program Project Success. Since its inception in 1987, 100% of the students who complete Project Success have graduated from high school and 80% have graduated from college in four years, far outpacing the national averages.

More on Georgia Chron
Project Success is differentiated by the strength of its civic-minded mentors who comprise the membership of the organization. Members dedicate their time and talent to helping boys and girls break the cycles of poverty, under-achievement, and violence that plague their communities thus enabling them to seek their highest potential.

Visit www.100blackmen-atlanta.org for information and to make charitable contributions to Project Success.