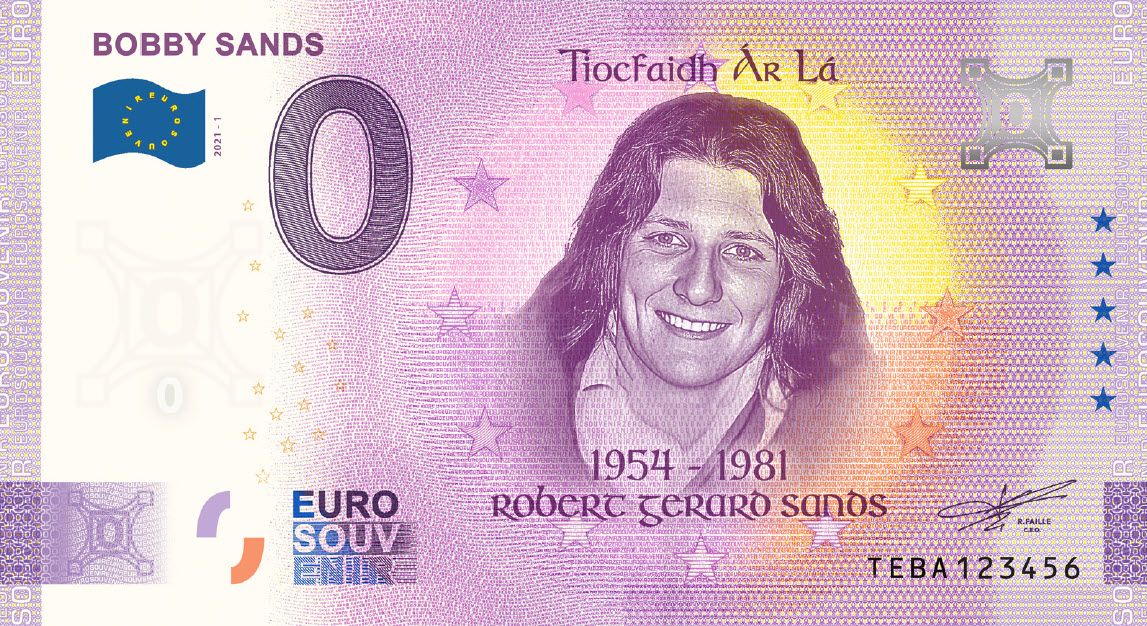 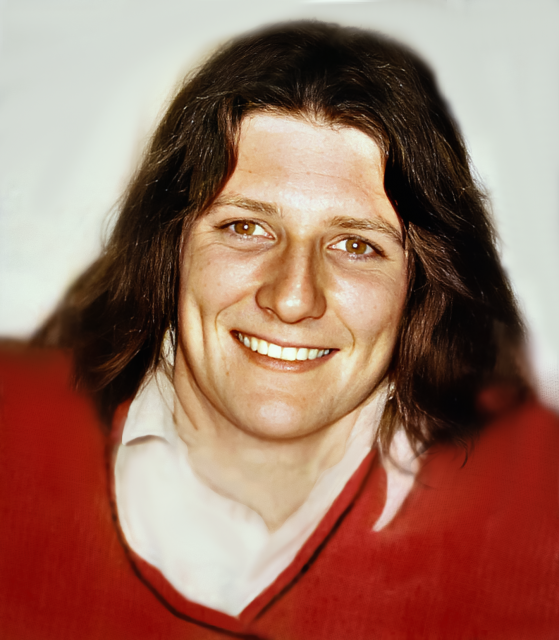 "Tiocfaidh ár lá" immortalized on limited-edition 0 Euro banknote
HEADFORD, Ireland - GeorgiaChron -- The day has come for Bobby Sands to be memorialized on a 0 Euro banknote.

The controversial and symbolic IRA revolutionary who managed to get himself elected to the British parliament from prison while in the middle of a high publicity hunger strike (which led to his death at the age of 27) will be immortalized by Euro Note Souvenir in a limited-edition zero Euro note.

Sands is a beloved figure in Ireland for his commitment and his passion. Sands suffered from intimidation and violence as an Irish Catholic growing up in the protestant sector of North Ireland in the '60s, and joined the IRA after being held at gunpoint and told that Catholics were not welcome at his workplace. His participation in the conflict ultimately led to his arrest on weapons charges. Sands argued that his fellow incarcerated IRA members were political prisoners and started the hunger strike to encourage better treatment and get international publicity.

More on Georgia Chron
Though the strike was successful and drew international attention, Sands' election to Parliament in the midst of the strike sent shock waves through the government. Sands never got to serve in Parliament; he died from starvation shortly after winning the election. Following his death, Parliament quickly passed a law preventing prisoners from running for political office. His death sparked an international outcry and memorials from across the globe, and put increasing political pressure on the British government to come to a resolution that would end the sectarian violence in Ireland.

"Bobby Sands' stand led to people around the world seeing him as a martyr for his cause, and marveling at his tenacity," said Peter Schneider, Founder of Euro Note Souvenir Ltd. "Agree or disagree with him, there was no doubting the depth of his commitment to a free Ireland, and that's what we honor with this commemorative Euro note."

These zero Euro notes will be printed in the same facility that presses Euro banknotes for the E.U. at the behest of Euro Note Souvenir. Euro Note Souvenir is the exclusive license-holder of zero Euro notes in Ireland, which gives the company the ability to create commemorative Euro notes with the look and feel of real Euro currency. The company has previously honored other iconic Irish mainstays, including the city of Dublin, revolutionary Irish politician Michael Collins, Kilkenny Castle, and the Cliffs of Moher.

More on Georgia Chron
The Bobby Sands Zero Euro Note features a portrait of a smiling Sands on the front, surrounded by a ring of stars. Underneath are his birth and death years and his full name, and above him is the iconic phrase "Tiocfaidh ár lá," or "our day will come."

"Tiocfaidh ár lá was Sands' motto, and we felt it was an appropriate one to include on the note," says Schneider. "Sands was controversial in his day, but 40 years after his death, his vision of an end to the violence between Catholics and Protestants in Ireland is here. And that, we can all celebrate."

Just 5,000 of these limited edition notes will be printed. Peter Schneider is available for inquiries regarding the Bobby Sands commemorative Euro note and the process of making commemorative zero Euro notes. To get in touch, contact Euro Note Souvenir at info@euronotesouvenir.com.