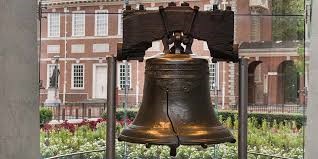 Americans make Special Plea to President Trump to make Hydroxychloroquine and Ivermectin "over the counter' to end pandemic in days or weeks
PHILADELPHIA - GeorgiaChron -- By FormerFedsGroup.Com
It was announced today that FormerFedsGroup.Com has filed a lawsuit against Facebook, Mark Zuckerberg and "Fact Checking" organizations including Factcheck.org, the Poynter Institute, and Lead Stories LLC for monopolization, defamation, and violations of the constitutional rights of its clients (Case 2:20-cv-06260, Eastern District of Pennsylvania)

The complaint focuses on the grave harm and the dire consequences for the country, inflicted on 5 Americans who used a Facebook User Group, Hydroxychloroquine Access Now (HAN), to share information about life saving COVID 19 treatments with fellow Americans. Facebook and its alleged factcheckers colluded with corrupt interests inside government to deny these Americans their Constitutional rights and, as such, their ability to help their fellow Americans.

These 5 American Facebook users, among 4,300 Facebook users from all walks of life in the HAN group, sought to share information about gross incompetence and corruption, in the COVID-19 response, engaged in by public health experts advising elected officials from both established political parties. Plaintiffs' sought to share information about how certain off-patent treatment solutions prevented COVID-19 and were being denied to fellow Americans. Among these were hydroxychloroquine and ivermectin.

The lawsuit describes how Facebook, as a strategy to protect the special immunities it has been granted by government overseers, sought to fortify its monopoly, desired to continue in its surveillance of its users, and wanted to protect its unlimited libel immunity under Section 230 of the Communications Decency Act. In furtherance of this scheme, Facebook and its factcheckers, imposed policies in agency with, and to ingratiate itself with, these government overseers.

More on Georgia Chron
The lawsuit focuses on one aspect of the Defendant's plan which was to impose curation policies that promoted mandatory vaccine policy.  When word broke of a new coronavirus emerging from Wuhan, China, Facebook and other owners of large media platforms doubled down on previous efforts to marginalize anyone questioning mandatory vaccine policy, by appointing the World Health Organization as the final arbiter of truth for the Facebook platform

No matter how often the FDA continues to falsely insist that COVID-19 patients be denied early intervention with hydroxychloroquine or other life savings treatments, the truth will win out and future historians will marvel at the corrupt control Facebook and government overseers had over the free flow of information resulting in the unnecessary death of tens of thousands of Americans. Bradford L. Geyer stated:

That's why we find ourselves in Philadelphia, across the street from where Ben Franklin under the pseudonym "Mrs. Silence DoGood" drove the Establishment crazy and where the Declaration of Independence was drafted. With this Liberty- Reviving Suit we return to the Nation's roots and we throw ourselves at the feet of the United States District Court and humbly beseech the Court to accept our case for redress under urgent circumstances.  The plaintiffs in this case were abandoned by government protectors, and they now seek redress in Courts. This is the last line of defense. Americans have been abandoned. That is why we are in the Cradle of Liberty.

The plaintiffs file this in the earnest wish that government officials will hear the message that we have been trying to share since early May and that is: Mr. President, please help! Make hydroxychloroquine over the counter. Governors, please help. Make hydroxychloroquine over the counter. Make ivermectin available for everyone.  We have struggled under intensive suppression to get this important message out to save American lives and have been prevented from doing so. The pandemic can be over in a few weeks. Please help!

On October 1, 2020, Facebook claimed the contractual right to infringe on its users' constitutional rights to take or seize their property (see second photo).

Moreover, Supreme Court Justice Clarence Thomas indicated that the Supreme Court could also consider, in future cases, whether the judicial system has interpreted Section 230 immunity too broadly, stating "Courts have…departed from the most natural reading of the text by giving Internet companies immunity for their own content." "Section 230(c)(1) protects a company from publisher liability only when content is 'provided by another information content provider.' Nowhere does this provision protect a company that is itself the information content provider."

More on Georgia Chron
According to Justice Thomas, courts may have misinterpreted Section 230 as a grant immunity to internet platforms even when those platforms are primarily responsible for the creation of their content. "An information content provider is not just the primary author or creator; it is anyone 'responsible, in whole or in part, for the creation or development' of the content," Thomas wrote. A reinterpretation of Section 230 immunities could carry widespread ramifications for internet platforms, potentially forcing companies to narrow the types of posts allowed on a given website. The Justice Department has already proposed legislation to Congress that would curb some immunities in order to better crack down on illegal content.

American senior citizens, even in their final days in hospitals, nursing homes or as shut ins, were shut off from their families. Children had their educations short-circuited and were cut off from their friends. Teachers taught through screens. Graduations, if they occurred at all, were under containment facility conditions.  Small businesses were killed. Huge companies thrived and increased market share. Alcohol consumption increased and BigPharma experienced a new boom addressing all aspects of the crisis except for what mattered: solutions that would have prevented COVID-19 and the pandemic itself.

This case is about reclaiming our rights, our greatness, our freedoms, and our sovereignty as free people, with free will, enjoying the liberty that bestowed the gifts on us to pursue happiness.
We file this case as an apology to all the Americans whose sacrifice got our civilization this far.  We have not lived up to your commitment and love of our country.  This case is a testament to them and the courageous physicians and health care workers who were left without the tools they needed to heal and cure. This case in an apology to children and future generations for letting you down and not protecting your God-given rights as if there were our own.