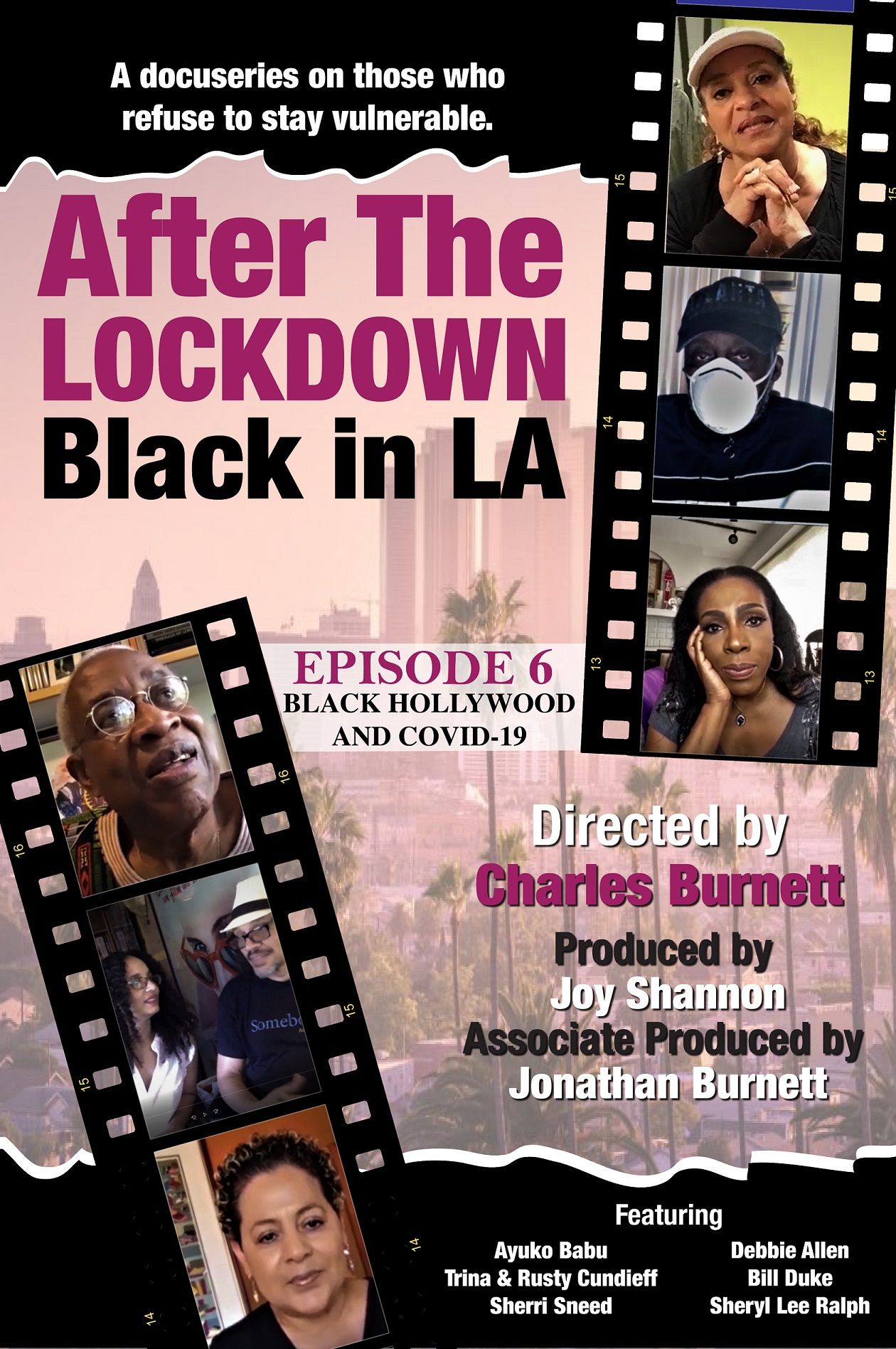 LOS ANGELES - GeorgiaChron -- Director Charles Burnett (Killer of Sheep, To Sleep With Anger, The Glass Shield) delivers a compelling 9 episode docuseries called After The LockDown: Black In LA. Screening virtually in the largest and most prestigious Black film festival in the country, Episode 6/Black Hollywood & COVID-19 was produced during the pandemic and addresses Black survival in the age of the coronavirus.

With numerous industries severely impacted by the pandemic, Hollywood is no exception – especially Black Hollywood actors and filmmakers. BlackNLA focuses on the projected derailment of the advancement of Black Hollywood and includes open, honest conversations addressing the social dynamics of Blacks already vulnerable to disparate treatment prior to the arrival of COVID-19.

Participating in the discussion are high profile celebrities, such as theater and television award-winning Debbie Allen, who is also executive producer of Grey's Anatomy, and philanthropical projects (which include her work as a choreographer). Sheryl Lee Ralph, Tony Award-winning actress, vocalist, and political activist, offers sage insights into the complexities of racism that is heightened by COVID-19. Other noteworthy participants include actor and director Bill Duke, recipient of numerous awards, including a nomination for the critically acclaimed film, "A Rage in Harlem"; Ayuko Babu, executive director of the Pan African Film Festival, producer Sherri Sneed, film and television director Rusty Cundieff, director of David Chapelle's Show and "Tales from the Hood" and his producer wife, Trina Cundieff.

More on Georgia Chron
Episode 6/Black Hollywood & COVID-19 focuses on personal insight into Blacks in Los Angeles, where the current coronavirus numbers are among the highest in the U.S. However, facts have shown that there is significant and implicit bias and racial discrimination toward this community. This was the inspiration behind creating the docuseries. The producers felt strongly about giving a voice to the Black community, which is so often misrepresented. As filmmakers, they could tell their pandemic stories that would resonate throughout the rest of the world, as well as how the virus has disproportionately taken a higher toll on their lives.

In the spirit of hope, the film delves into points that could realistically turn into solutions. These highlights do not only bring awareness; they could possibly help to heal and unify the Black community as well.

The Pan African Film Festival was launched in 1992 by actors Danny Glover and Ja'net Dubois and executive director Ayuko Babu.  Whoopie Goldberg and Glover were the first co-hosts.

More on Georgia Chron
"We are just over the moon with excitement about inclusion in this year's film festival," said producer Joy Shannon.  Further elaborating, "because the pandemic has taken its toll on the Los Angeles Black community, we are proud to show that we are still standing."

Produced and directed by a family of Los Angeles-based filmmakers: Joy Shannon, her nephew Jonathan Burnett, and his father Charles Burnett, with each directing different segments. Episode 6/Black Hollywood & COVID-19  is a must-see episode, winning nine awards in other festivals. The Pan African Film Festival will be available online from Feb 28 – March 14, 2021.  For a single ticket for "After The LockDown: Episode 6, Black Hollywood & COVID-19" by director Charles Burnett, please visit: www.paff.org .

Source: After The Lockdown Film