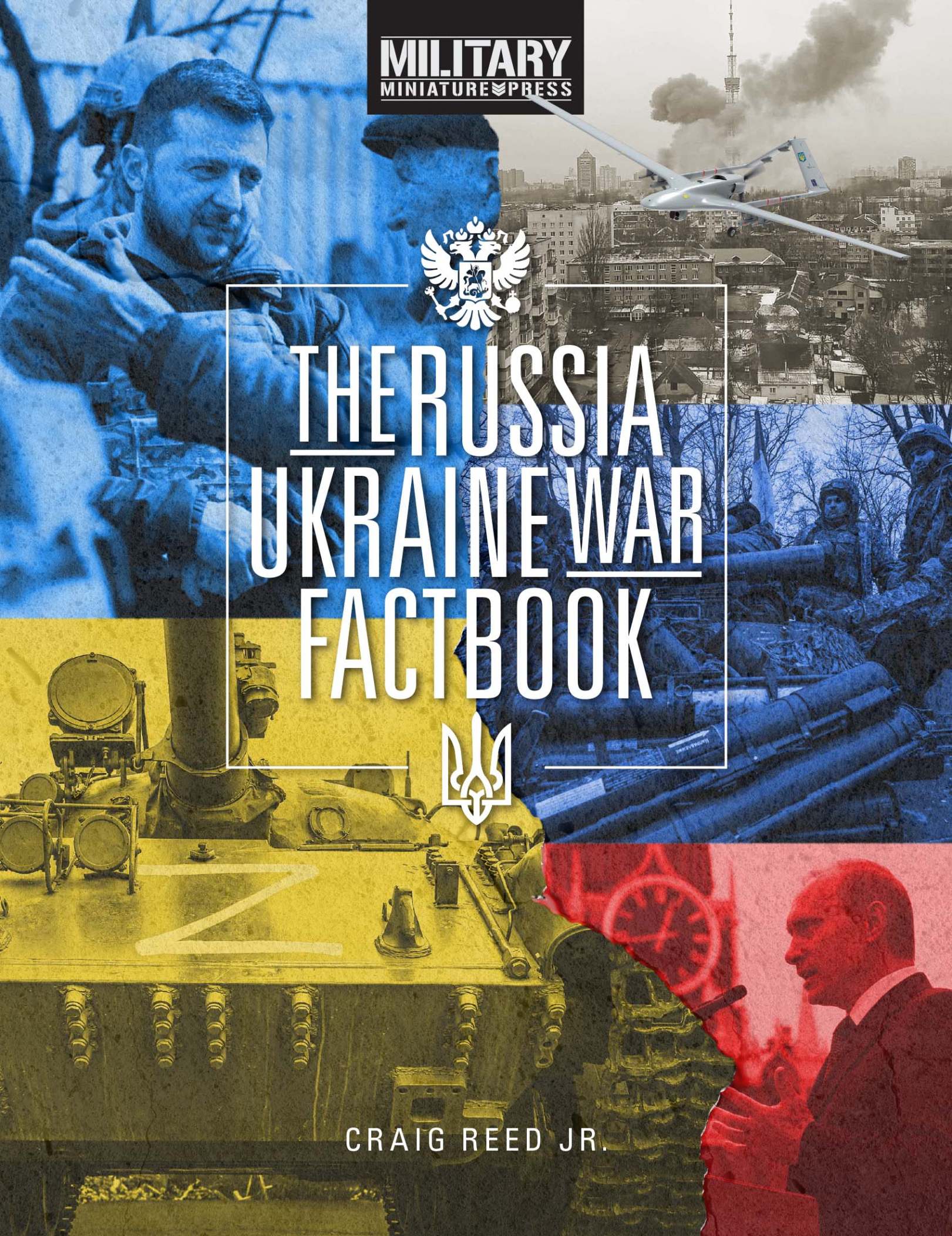 GETTYSBURG, Pa. - GeorgiaChron -- Military Miniature Press, a subsidiary of SJR Research, is taking preorders for its new reference work focused on the first phase of the 2022 Russian invasion of Ukraine–The Russia-Ukraine War Factbook.  Authored by Craig A. Reed, Jr., the factbook takes an objective look at the conflict, cutting through the fog of war to deliver basic information about the first six weeks of the largest European conflict since World War II.

This factbook on the Russia-Ukraine War includes:
The Russia-Ukraine War Factbook is the first publication to be released by Military Miniature Press. It will aim to inform lay readers about the long and complex relationship between Russia and Ukraine, while also serving as a reference handbook for military service members, government officials, teachers and students, journalists, history buffs, and wargamers interested in the conflict.

The handbook is the first of a series of publications focused on this conflict and others across the globe. A second volume is planned for Fall 2022, focusing on the war's second phase, from the sinking of the Russian Black Sea Fleet flagship Moskva on April 14 through the fall of Sievierodonstsk on June 24.

Military Miniature Press was established in 2022 to provide the historical wargaming community with new rulesets, historical reference books, and comprehensive modeling guides geared toward enhancing and broadening tabletop miniature gaming. Military Miniature Press is an independently owned publishing service seeking to leverage the global pool of talented authors to deliver the facts and authenticity that historical wargaming enthusiasts look for in their hobby.

More on Georgia Chron
About Craig A. Reed, Jr.

Craig Reed, Jr. is a published author, former freelance writer with Catalyst Game Labs, and an independent military historian based in southwest Florida. While born in Philadelphia, he has spent most of his life in England, Maryland, and now Florida. Nominated for an International Association of Media Tie-In Writers (IAMTW) Scribe award in 2019, he specializes in naval history and current defense issues.