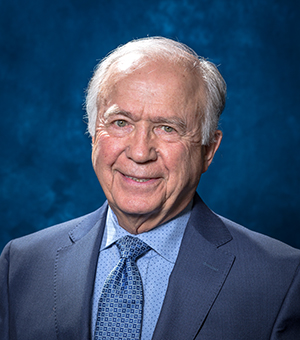 CHICAGO - GeorgiaChron -- Dr. Matranga earned his DDS at Marquette University School of Dentistry in 1966. After joining the U S. Air Force, Captain Matranga served as a General Dental Officer at several Air Force bases, including Phan Rang Air Base, Viet Nam, and San Vito, Air Station, Italy, as Preventative Dental Officer. At Phan Rang Air Base, he served as Chief Dental Officer on the Medical Civil Action Team. Captain Matranga earned his MS degree in General Dentistry from the University of Texas at Houston in 1973, and his Board Certification in 1976.

During his twenty-two-year military career, he served as Base Dental Surgeon at Anderson Air Force Base Guam, and Chanute Air Force Base, Illinois. Colonel Matranga also served as Director of three General Residency Programs. Colonel Matranga served as Command General Surgeon at Offutt Air Force Base Nebraska, where he was responsible for the dental health of 110,000 active duty personnel, 230,000 dependents, and 500,000 Air Force retirees at twenty-five dental facilities worldwide. His distinguished Air Force career continued until he retired from the USAF in 1988.

I am honored to have been invited to join this great organization as a member of the Dental Advisory Board.  Oral cancer remains a significant public health issue. Hopefully, I can help to educate members of the Dental Profession and the public on the signs and symptoms of this deadly disease. Through education, we can, hopefully, motivate the profession to detect problem areas early and to encourage the public to seek oral examinations on a routine and regular basis.

A FEW OF Dr. MATRANGA'S MANY ACCOMPLISHMENTS INCLUDE:

Dr. Matranga has also been a prolific contributor to professional journals, published on a myriad of subjects, from general dentistry to prosthodontics. He is also invited frequently as a Speaker and Lecturer.

OCI Co-Chair, Dr. Howard Glazer and Dr. Matranga have had a professional relationship for many years. Dr. Glazer noted:

Dr. Luke Matranga has been a strong advocate for oral health and, in particular, oral cancer. He has been a leader in the military (USAF-ret.), organized dentistry (Past President of the Academy of General Dentistry), and academia as a faculty member at Creighton University School of Dentistry. Undoubtedly, his passion for helping people will be an asset to our Advisory Board, and we look forward to his helping us save lives through the Oral Cancer Initiative.

Oral Cancer Initiative's mission is to heighten awareness of the danger of oral cancer and save lives through oral cancer screening events.

Our model is to act boldly and think big by offering large-scale free screening events to communities around the country through school districts, large corporations, and other organizations committed to the health of their communities.