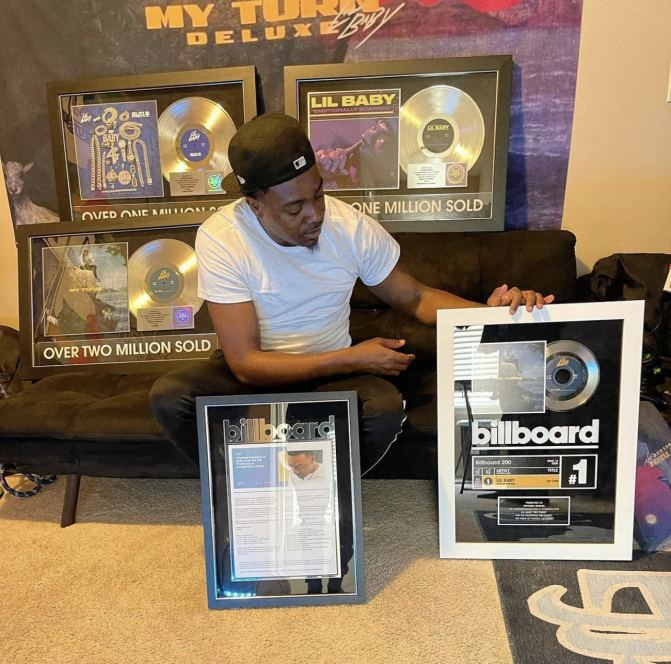 The music industry welcomed a new musical genius that reigns at the top of the charts.
ATLANTA - GeorgiaChron -- The Mississippi-born Deundraeus Portis, pka "Twysted Genius", broke through the music industry with Lil Baby's Platinum-selling #1 Billboard 200 album My Turn and Twysted co-wrote and produced "Emotionally Scarred," "Sum 2 Prove," "Live Off My Closet featuring Future," and "Forever (feat. Lil Wayne).  "My Turn".

The crafted production spent five non-consecutive weeks at #1, also topping the Top Rap Albums and Top R&B/Hip-Hop Albums charts. The Platinum-certified "Emotionally Scarred" and "Sum 2 Prove" were released as singles, peaking at #31 and #16 on the Billboard Hot 100 Chart, respectively. The success of these cuts landed Twysted a spot-on Billboard's most recent Publisher's Quarterly, coming in at #10, with 0.72% of total U.S. Market Share, an amazing feat for an individual.

In March 2021, Twysted Genius soared to #1 on Billboard's Hot 100 Producers Chart. His works have been streamed over 230 million times on Spotify and have racked up over 250 million views on YouTube. My Turn was named one of Billboard's, Complex's and Uproxx's Best Albums of 2020 so far, and the album peaked at #6 in the UK.

More on Georgia Chron
Managed by Quality Control Music, and currently based in Atlanta, Twysted produced for other Quality Control roster talent including City Girls and Migos. Twysted Genius produced for many notable talents such as Gucci Mane, Ralo, Future, Money bag Yo, Kevin Gates, Da Baby, Young Bleu and Pooh Shiesty to name a few.

What Twysted Genius has accomplished in such a short time is a real indication of his immense talent, "His much-celebrated work with Lil Baby cemented him as a sought-after collaborator and it's only the start of what is to come." It's rare that you find talented producers that come into the industry and in the very first year and reach levels that Twysted Genius accomplished by landing on Billboard's Publisher's Quarterly.
For more information on Twysted Genius,