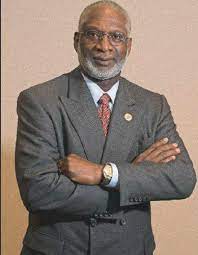 ATLANTA - GeorgiaChron -- On Friday, July 29th, beginning at 6 PM with a VIP Reception and a Gala at 7:30 PM, The Intercontinental Buckhead Atlanta (3315 Peachtree Road, NE, Atlanta), will be the site for a night of elegance and celebration as guests and supporters come together to honor two powerhouses in the field of Healthcare, Dr. David Satcher and Dr. Louis Sullivan. This invitation only celebration, which proceeds the 2022 National Medical Association Annual (NMA) Convention in Atlanta, will honor these men for their outstanding contributions in Medicine, Medical Education, and Improving Diversity in Healthcare.

Dean Thomas J. Blocker was a member of the Morehouse Office of Health Professions for over thirty years, and during this period he teamed with Dr. J.K. Haynes and Dr. Joyce Nottingham to increase the number of Morehouse Men pursuing careers in Healthcare and the Sciences. Dean Blocker was instrumental in positioning Morehouse College as the number one producer of African American males accepted in medical, dental and health professional schools.

More on Georgia Chron
Dr. Satcher has the distinction of being the second person in history to concurrently serve in both positions, Surgeon General, 1991-2002 and Assistant Secretary 1998 – 2001. In 2002, Dr. Satcher served as Director of the National Center for Primary Care at Morehouse School of Medicine and in 2004, he was named interim president at Morehouse School of Medicine. Dr. Satcher is a 1963 graduate of Morehouse College and received his M.D., Ph.D. from Case Western Reserve in 1970.

Blocker Society President Dr. Vandy Gaffney believes "this wondrous occasion will serve as a tremendous opportunity to salute the excellence of two trailblazers in medicine, expressing heartfelt thanks where thanks is due while assisting the next generation of minority health care professionals who will stand on the shoulders of living legends like Drs. Satcher and Sullivan. With an event like this, who wouldn't want to be in attendance."